I had a really productive weekend on the allotment. I’d been itching to get down to the plot all week, so was pleased when Saturday came around. It’s odd, that as I work for myself, I shouldn’t feel guilty about going to the plot during the week, assuming that my “paid” work is up to date and I’m not letting a client down by being there, but I guess some habits are hard to shake and being on the plot Monday to Friday still feels a little weird. Maybe if I did it a little more frequently it would feel less weird?

Anyhow I knew that I had a lot to do, mostly weeding, as we’d had a warm, humid but wet week, so everything but in particular the weeds was growing well. Some of my plants in particular the leeks and the most recently planted brassicas were in need of some weeding.

I had a little experimental dig of my early potatoes. Technically they shouldn’t be ready until the beginning of July, but they’re already starting to go over, so they appear to be ready. I dug the end of the short row, as that area is one that I’ll need again fairly soon, for my overwintering brassicas. I dug the first couple of plants and got a kilo of spuds for my efforts. We had some of them for supper that evening, along with the chard, runner beans and a “crustless” caramelised red onion and cheddar quiche that I knocked up later on.

The spuds were amazing. They’re a variety called Arran Pilot, and tend to be quite a floury potato and can go quickly to mush if over-boiled, but I cooked them in a steamer and they seem to have held together much better. Whether it is the more gentle cooking action of the steamer as opposed to boiling I don’t know, but anyway they were delicious and I don’t think we’ll be buying potatoes from the shops for a while now.

I also lifted all of the over-wintering onion sets and shallots. They too had started to lean over and were ready to be harvested. They need to be dried a little, and sorted through, which I’ll do some when in the next few days. I noticed there were a couple that need to be eaten sooner rather than later due to basal rot, but the vast majority should store well. Another item that we won’t need to be buying from the store for some time. I dug over the area where they were, and sowed some mixed coloured beetroot there. I’ve left some space as it’s close to where the courgettes and cucumbers are, and I expect they will spread out a little.

The radishes and turnips were next on my list, as they haven’t done anything apart from bolt and go straight to seed. I’m not sure why, but I removed them, dug over the ground and have replaced them with Perpetual Chard (a gift from Dale Calder in Canada) and some Rocket. The latter I had previously sown earlier in the year, but it failed to germinate, so I’m hoping for better luck this time.

The rest of the time I spent weeding and tidying. It looks as though the first of the soft fruit (loganberries and gooseberries) might be ready this week, so I’ll keep an eye on those but otherwise there is plenty of other veg coming to keep us fed. 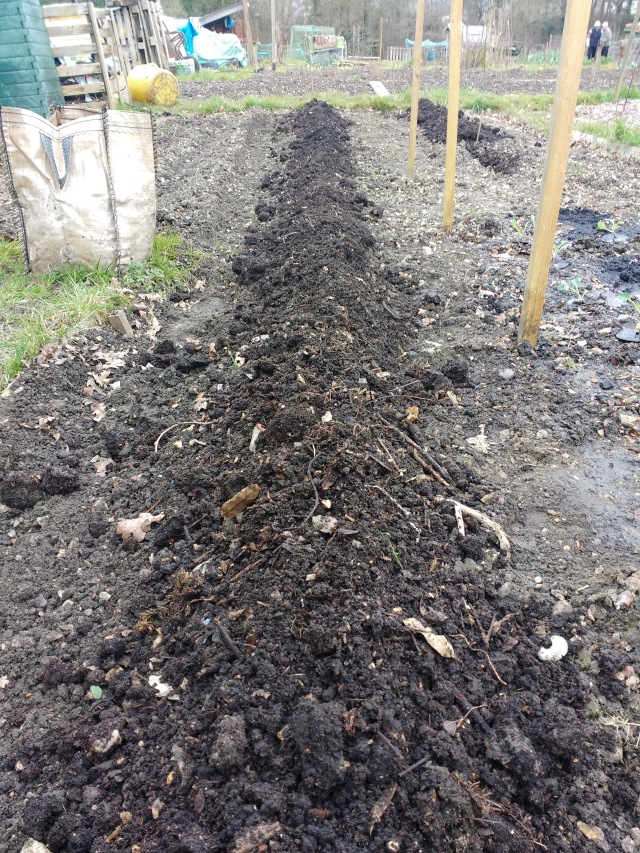 The weather has been much improved over the last few weeks, and it has continued to be very mild. I had hoped to be able to post a video update, but I’ve been having some rather odd camera trouble and none of the segments that I’ve recorded have been useable. I’m not sure what the problem is, but in the meantime I’ll try and describe what I’ve been up to .

I’ve planted my early potatoes (see above), they went in today (Easter Saturday), and all being well, they’ll be ready to harvest in 100 days, or at least that’s what folklore says, and it’s been right most times. I’m still a little concerned that we might get a frost. I’ve earthed them up well, and will continue to do so as the first aulms come through.

I also transplanted out the onion sets that were in modules in the potting shed. There were 96 originally, but some got waterlogged following a leaky roof, so only 50 actually went in the ground. They didn’t look as strong as the ones that have been in the ground all winter, probably a combination of the waterlogging and the mild winter for those outside.

The final round of planting for this weekend was to get some brassica plants in too; cabbages, cauliflowers and broccoli. They should be ready to harvest in the summer, all being well.

Finally, I’ll need some new boots before the winter – mine have split!

This has to be another sign that spring is on the way, the potatoes are out in their egg box holders chitting!

Why chit potatoes? Well simply when growing at a small scale (commercial potatoes farmers rarely chit potatoes, due to the space constraints), it helps the potatoes to get a little bit of a head start before they go into the ground. The aim is to encourage the potatoes to start to sprout, and ideally we’re looking for small (normally) dark purple sprouts. This is achieved by leaving the potatoes in the light at room temperature for a couple of weeks before planting.

I use cardboard egg boxes, as their ideal for supporting the potatoes, and preventing them from rolling around, and potentially damaging the sprouts that I’m trying to encourage. You can also use seed trays or seed modules – horses for courses folks, it’s whatever works for you!

As I mentioned in my video update (6th Feb) below, folklore says that normally you plant early potatoes at Easter and then harvest 100 days later. Now I’m using the term folklore advisedly here, because it certainly is good advice and last year proved exactly true. I planted my spuds on Easter Saturday and exactly 100 days later dug the first plant to an excellent crop!

This year Easter Saturday is the 26th March, which as I said in the video feels a little early given the potential for there still to be frost (our last predicted frost day is normally mid April, but again only a prediction), however having checked last year’s calendar, Easter Saturday 2015, was April 4th. So on that basis only 9 days later than it is this year. So perhaps not as early as I felt it was.

For now I’m not going to make any decisions either way. I’d certainly like to get my potatoes in the ground on Easter Saturday; as it feels like a milestone in the growing calendar. At the moment however, the ground is too wet, and the risk of them rotting in the ground is probably greater than any risk of frost, so there’ll need to be a dry spell between now and Easter anyway if that’s what I’m aiming for! 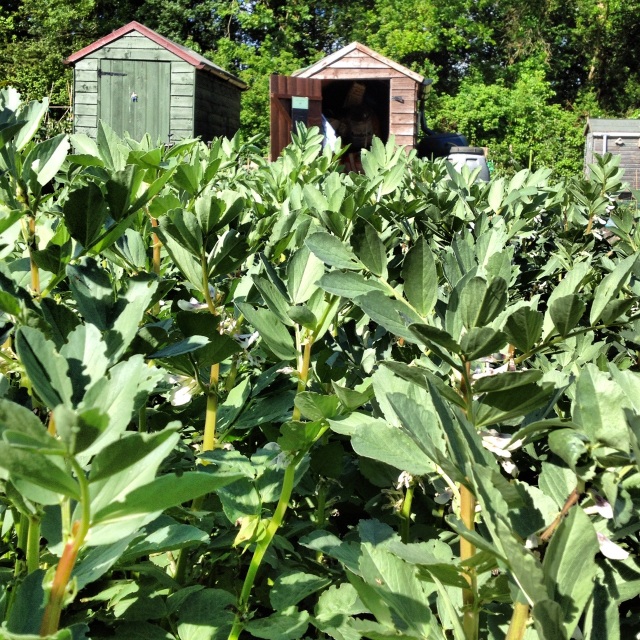 I paid an early morning visit to the allotment today. It’s the first time that I’ve made it down there since last weekend, due to other things going on, but everything at first glance looked okay. Or at least so I thought, because then I noticed that there were a few potatoes sitting on the surface of the plot, when really they should be still buried under ground. It looks as though something, my guess would be a fox, has been digging them up.

I don’t really mind sharing some of my crops, however they haven’t been taken away, just left on the surface, so obviously they’re not tasty unless cooked!

I think tomorrow, I will dig up the remainder, which is a job I need to do anyway, as I don’t want to loose the crop, from an over curious visitor 🙂

On 10/07/2015 By tontowilliamsIn Fork To Fork, Garden / Allotment, Wildlife/Nature
via youtube.com

This is an edited version of a video that I uploaded earlier. YouTube were concerned that the audio content over the speeded up sections infringed copyright, so this has been removed. You can of course still hum a tune through these parts yourself.