This is the first update from the potting shed for 2017. My tomatoes are out in their final growing spots, a little earlier than I would have liked, but they were getting leggy and needed to go out, but they are just putting out their first flowering spikes so it’s about the right time from that point of view. Also a quick peek at some of the other seeds that I’ve got germinating. 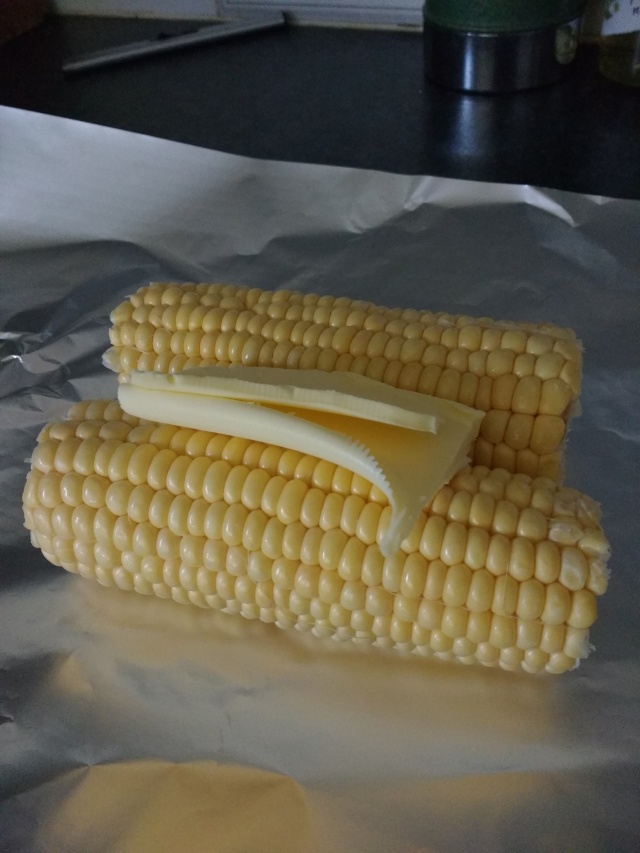 This is a really quick recipe for adding a little heat and flavour to corn on the cob.

Simply clean your corn cob, and wrap up in some kitchen foil, with a large knob of butter, a diced chilli and the juice of a lime.

Put the parcel in an oven at 200°C and cook for about 20 mins (longer if you want slightly less crunchy corn).

Serve and enjoy the heat. 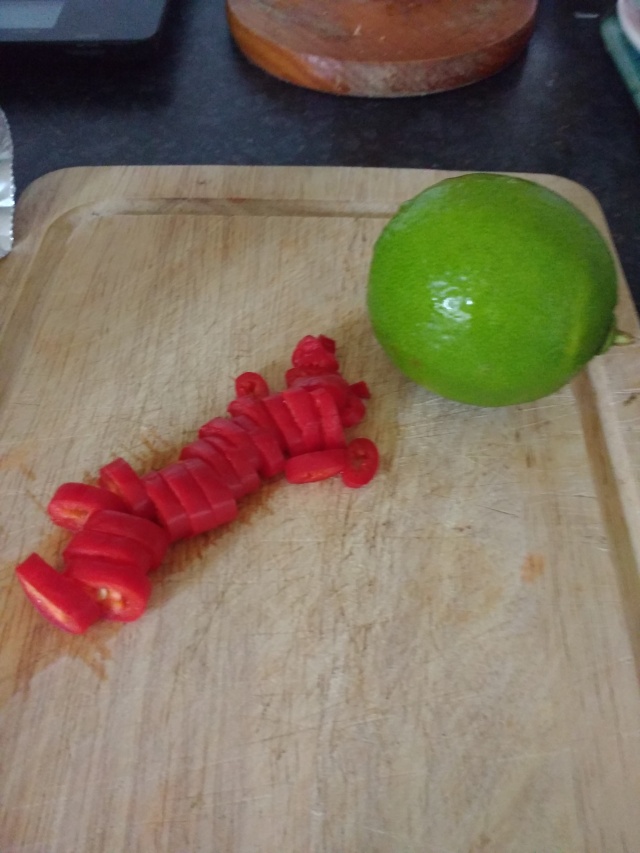 Well, it’s been a very busy week, and a little unexpectedly so. It was good to get to the weekend though, and to get down to the allotment. If you read my post about the water problems at the site, I’m pleased to report that they have been resolved it seems. The leak has been fixed, and my prayers for rain have been answered, it even managed to rain on the workman when they were trying to sort the problem out.

We’ve had a week of rain at night, and into the morning and then from about mid-morning onwards it’s been bright and sunny, and that pretty much sums up every day this week, until the weekend arrived at it was sunny from the get go!

My alternative plan for getting water to the allotment arrived in the post during the week, and although it wasn’t technically needed, I still wanted to try it out this morning. It’s an H2GO bag, [Amazon Link – other suppliers do exist] that sits in a wheelbarrow and holds about 50 litres of water. I was a bit skeptical about whether it would actually work, but it does, and I’m really impressed. You need something large like a big bucket to tip the water into, so that you can then scoop it up into a watering can and 50 litres weighs quite a bit so if you’re a long way from where you want to get the water too, you might want to think about not filling it completely full. If I get a chance I’ll try and do a quick video, so you can see it in action.

When I went down to the plot this morning it was with the main intention of getting some more plants into the ground. Things have been getting a little tight for space in the potting shed, and it was time for some to move out onto the allotment. I had Cavalo Nero, Sweetcorn and some Cucumbers to go down, and although it’s potentially too early for the latter two I had a cunning plan to protect them from the nighttime temperatures which are still dropping down into the mid single figures.

The Cavalo Nero plants went into the brassica cage alongside the cabbages, cauliflowers and broccoli. It’s now as full as it’s going to be this year. There are some more brassicas to go, but there’ll have to go into another part of the plot

The sweetcorn have gone in as well, and I’ve built a little windbreak / cage for them too. This one made from enviromesh and some old net curtains (because I didn’t have a big enough piece of enviromesh). The cucumbers are just alongside, and have a fleece “dome” over the top of them. I hope both of these slightly Heath Robinson constructions will help the plants establish. The forecast for the week ahead looks good, and nighttime temperatures aren’t too low, so they may be okay. I’ll keep an eye on them anyway, because they’ll need watering in.

And finally I had a great crop of rhubarb to harvest. I love rhubarb and there are many things that you can do with it, including jams, wine and other nice things. However I think that you can’t beat some nice stewed rhubarb. Now I know that sounds a bit like school dinners, but take my word for it and give it a try. Here’s how I go about preparing it:

I received an email from the Allotment Site Manager at the end of last week that said owing to a broken pipe the water at the allotments had been turned off, and would stay that way until further notice i.e. until they can locate and fix the leak. Not a major problem for me yet, as I have two large waterbutts which collect water from my shed roof, so I have some water for the time being. However if the weather stays the same for the next couple of weeks that water will be gone. At the moment the seedlings need something nearly every day, and although we’ve had the odd nighttime shower it won’t be enough. I think I have a solution in terms of how I can get water from home to the site if I need to, but I’ll write about that some other time (when I’ve tested it).

It has sent a few others into a flat spin however in terms of getting water to their plots. Very few seem to have their own waterbutts and are reliant on the tap(s) to keep their allotments watered. Most seem to have taken to bringing water to site in camping containers and other portable water systems for now.

In other news the plants that I’ve been bringing along in the potting shed have been doing very well indeed (see above, from left to right; cucumbers, pumpkins, sweetcorn & courgette). I’ve started bringing them out into the back garden during the day now, as the potting shed has been reaching temperatures during the middle of the day of 40°C which is great for getting them going, but not so good if they are to go out onto the allotment soon, so I’ll be hardening them off. They’ll go back into the potting shed overnight.