It’s been a while, but here are a couple of video updates (one from the allotment and one from the potting shed).

It is Wilson’s 8th Birthday today. I’m not sure where those years went. In dog terms that means he’s reached the status of a “Senior”, but I’m not sure I hold much store by those arbitrary boundaries. He gets some special treats today to mark the occasion.

The weather is not being particularly compliant today, and it’s been raining most of the night and all morning so we might postpone a special walk until tomorrow, or we might just go anyway as the forecast for the next few days doesn’t look any better.

As I was walking the dogs this afternoon, I was spending quite a bit of time looking up.

Specifically I was looking in the canopies of Ash and Oak trees to see which was further ahead in leaf. The Oaks are clearly ahead which if you believe in folklore, means a dry summer.

Also lots of hoverflies in the canopy, as well as butterflies about too. 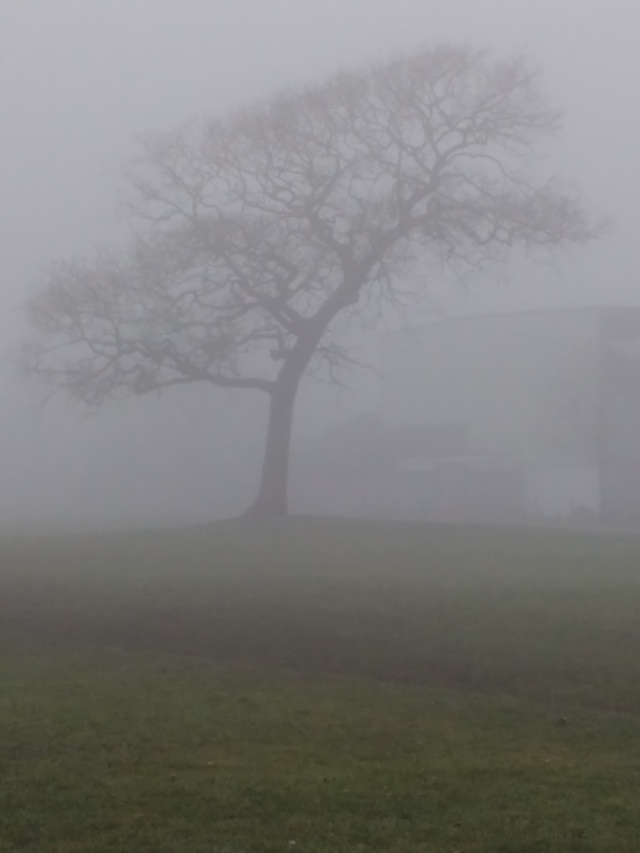 It was a very foggy day yesterday. I’m used to taking my dogs for a walk in the dark, and I have a good head torch, so it’s no big deal, but fog is a little different. It was so thick yesterday, I could stand on the centre spot of the football field, and I couldn’t see either end or either side of the pitch. I could hear other people walking their dogs (mostly calling for them, because they’d wandered off into the fog), but I didn’t see another sole.

It always reminds me of the Stephen King story “The Mist”, which I think is in the compilation “Skeleton Crew”[GoodReads]. There was also a reasonable movie made of the story a few years back, which is worth a watch (see below).

It actually got thicker during the morning, and hung around all day. I’ll be out there again, when you read this on another dog walk.

A short slideshow looking back over last year.

When I was on my morning dog walk I saw something, that sadly I see more frequently than I would like.

A car pulled up next to the playing field, and one of it’s doors opened and out jumped a dog – I was a little distance away but it looked like a boxer, although I couldn’t be sure – which promptly dashed across the service road on to the playing field and towards a group of seagulls that were resting / feeding. The gulls immediately took off the moment they saw the dog coming and circled around looking for a place to land. The dog was still trying to chase them or pursue the stragglers that had called it’s bluff and were still on the ground.

The dogs “owner” was still in the car while this was happening.

Eventually she got out of the car, and walked onto the field. The field is pretty muddy at the moment, and I’m wearing wellingtons, and still get splashes of mud above the top of my boots on my jeans. She was wearing white trainers.

She pulled her phone from her pocket and stood on the edge of the field while her dog continued to chase seagulls, and then decided to take a dump.

I could almost see what was going to happen next. When she saw that her dog was doing his business she started to look around. Now I might be being judgemental, but I’ve seen this behaviour a number of times. It’s the:

Unfortunately I was there, and she could see me, so reluctantly, it seemed, she went and picked up behind her dog and put it in the dog bin (not 10 metres away).

After about 2 minutes of standing checking her Facebook or whatever she was doing on her phone she obviously decided that it was time to go, and she called her dog and started back to her car.

Her dog however had other ideas, and wouldn’t come to her, he ran straight past, and across the service road, away from her. Every time she tried to go near him, he jinked and went in another direction. I didn’t see how this played out but it looked as if it was going to go on for a while.

This is obviously not the way to walk a dog.

Firstly you need to be present, don’t just put your dog out of your car and either stay in the car or stand around looking at your phone. You need to know what’s going on. What your dog is doing, who else is around and what they (and they’re dogs) are doing. This was also right by a service road, which although quiet early in the morning, does get busy quickly and there is quite a bit of traffic even at that time of the day.

Secondly if you can’t pick up your own dogs faeces with a bag, then you probably shouldn’t even have a dog.

Thirdly; letting you dog chase birds isn’t great. It teaches bad behaviour, and although the dog obviously found it fun, when the “game” was over, the dog didn’t think so and wouldn’t come. Often birds like this are resting or feeding, and it takes an awful lot of energy to get airborne and fly away. It’s better to give them as wide a berth as you can. Persistent behaviour by dog owners like this is one way to get dogs banned from some public spaces. Don’t be selfish.

Fourthly; if your dog has this much energy it probably needs more exercise than you’ve just given it. Now maybe you’ll take him out for another walk later on today. That’s great if so, but it didn’t feel like this person would be doing that. Dogs need exercise. Every day. Depending on the dog, some need a lot. Think hard about this before committing to owning a dog.

Now of course I could be completely wrong about all of the above, and I might be stereotyping a lady who is just looking after someones dog for them while they’re away, sick or unable to do it themselves for a while, and doing the best she can, but unfortunately I see this sort of behaviour frequently and it makes me disappointed that it happens at all.

I’d planned to write about routine, but there isn’t much of that at the moment, life is a little bit inconsistent. The one thing that is though is my morning dog walk. Hopefully in the New Year things will improve.

A couple of weekends ago we visited Bosham, as we frequently do we took the dogs with us. We didn’t stay long however as wherever we went there were “No Dog” signs. On the one hand this annoys me, as it bars me from certain places, but I respect landowners wishes. What also annoys me is how this situation has been reached and the fact that it’s probably due to thoughtless dog owners not respecting those around them, not clearing up after their dogs and the landowner then feeling that they have no choice but to stop all dogs. A great shame.

Off to the beach this afternoon, to take the dogs for their first summer swim. Water was quite warm (for the time of year), but not so that we could stay in for very long. Still we had a good play, and came home again feeling refreshed but tired.

The video below, is from the last time we went. 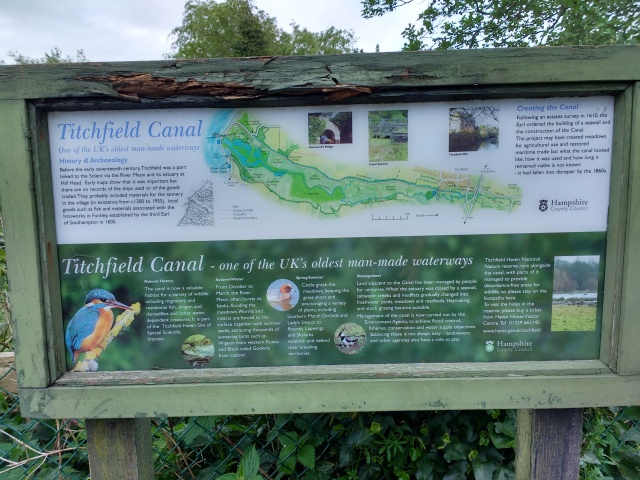 Work has been quiet this week, so I thought I’d take myself and the dogs off on a little trip perhaps tomorrow or Friday.

A few weeks ago we walked a very short bit of the Titchfield Canal, but looking at the map there’s an approx 4km round trip we can do. So the plan is, that if the weather stays reasonable, i.e. not too wet or too hot; we’re going to give that route a go. It looks to be fairly flat and not too taxing, so should be a good trip. Something different.