Hello! Another week has passed and here I am again, writing about what I’ve been up to in the past week. 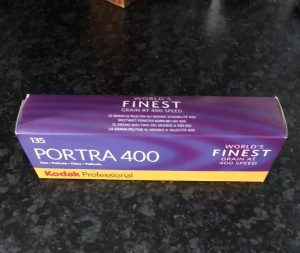 I had both the roll of film I sent off for developing and some new rolls of film arrive on the same day this week. There should be plenty of more photos to come as I expose each of these rolls. I’m going to use another different camera on the next roll.

The roll that was developed was a little bit disappointing however. Not because some of the pictures weren’t good, but because I only ended up with 15 frames out of 24. 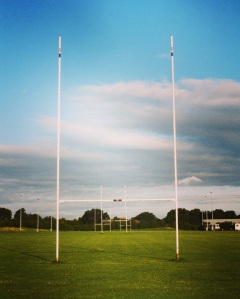 Looking at the negatives it looks like the camera shutter wasn’t working properly on some of the exposures, and although it was allowing me to advance the roll after pressing the shutter, the mirror didn’t appear to be lifting to expose the film. I’ve had a good look at the camera, but can’t replicate the problem. On the exposed film it was an intermittent problem so there are some “blank” exposures here and there throughout the roll and the last couple of frames. I will give the camera another go, but not straight away.

I’m also planning to experiment with some infrared film, there’s a roll of film on the way (and I already own a red filter, which helps to enhance the image).

I managed to corral all of my online meetings into one day this week, by the end of the day I was a bit Zoomed out (despite having to switch between different platforms depending on who the meeting was with). One of the meetings was only a briefing but as it was at lunchtime I turned off my camera and sound and listened in while eating my lunch, pretty sure no one noticed, but I wonder what else people get up to when they’re supposed to be in a meeting. Outside of that one day work has been quite quiet again this week, with a few emails to deal with but little else outside of that one day.

I finished reading The Book of Trespass by Nick Hayes earlier this week, my review is here. I’ve also read another review book, Vesper Flights by Helen Macdonald who wrote H is for Hawk, that review is here. In other book news my “to be read” pile is increasing looking like Mount Tsundoku.

I had to go to the pharmacy this week, it’s the first time that I’ve been into town since non-essential shops have been opened. There were lots of people in coffee shops and the shopping centre has set up a “keep-left” one way system but a few people obviously don’t know their left from right. I’d estimate that about one in four people were wearing a mask, and whilst it’s not required please wear one. If you’re asymptomatic it will protect other people, and if you’re wearing one it helps to protect you from the selfish idiots. Wear a mask!

My allotment time this week was mostly spent weeding, the couple of days of rain we had helped them to flourish, I wish it had the same effect on my food crops! 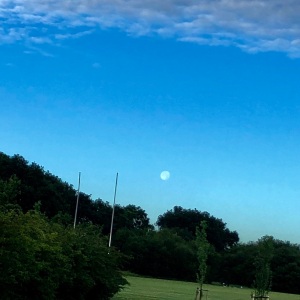 I’ve been trying to catch a glimpse of the comet Neowise this week, but haven’t had much luck. It’s quite low in the sky at the moment, and only really visible in the early hours of the morning so it mostly obscured by houses if I’m looking from our garden. It should be easier to see later in the month, if not I might have to go somewhere with a better view of the horizon. Did manage to get some nice morning Moon pics though.

We’re off to the vets in the coming week, it’s that time for annual boosters, and at the end of the week we’re supposed to be being switched to superfast fibre broadband. It’s a free upgrade that we didn’t asked for and were just told was happening. So this time next week things will either be completely FUBARed or much faster, we’ll see.

Have a great week wherever you may be and stay safe!

I can’t stop watching this and laughing – the cat looks so delighted. pic.twitter.com/N8PlqZeGTx