McCabe and Chip, two American exchange students, are about to become embroiled with a violent street gang, a beautiful Italian girl, and a flawed kidnapping plan.

Detroit:
Sharon Vanelli’s affair with Joey Palermo, a Mafia enforcer, is about to be discovered by her husband, Ray, a secret service agent.

Brilliantly plotted and shot through with wry humor, ALL HE SAW WAS THE GIRL sees these two narratives collide in the backstreets of Italy’s oldest city. 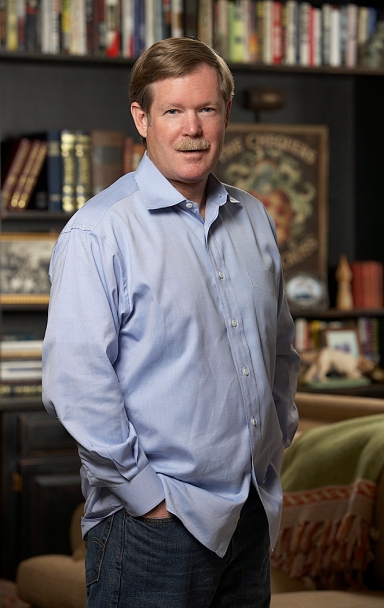 Peter Leonard’s debut novel, QUIVER was published to international acclaim in 2008, and was followed by TRUST ME in 2009, and VOICES OF THE DEAD in 2012.

Sharon was thinking, who was this guy lived in a five-thousand-square-foot house – not that his taste was any good – on Lake St. Clair, had nothing but leisure time or so it seemed?

He called her four, five times a day, said, “How you doing?”

And Sharon would say, “Same as I was when you called fifteen minutes ago.”

She’d been going out with him for three weeks and it was getting serious. They’d meet at noon, check into a hotel a couple times a week and spend two hours in bed, screwing and drinking champagne. It was something, best sex she’d ever had in her life. He did things to her nobody had ever done before. She’d say, where’d you learn that? And he’d say, you inspire me, beautiful. The only bad thing, he called her Sharona, or my Sharona. Everything else was great so she let it go.

They’d take his boat out on Lake St. Clair and she’d sunbathe topless. Something she’d never done in her life and never imagined herself doing. She felt invigorated, liberated. He always told her she looked good, complimented her outfit. Showered her with gifts, bought her clothes and jewelry. She felt like a teenager again. They’d meet and talk and touch each other and kiss. She was happy for the first time in years. She had to be careful. Ray, the next time he came home, might notice something and get suspicious.Why’re you so happy? she could hear him saying – like there was something wrong with it.

But this relationship with Joey also made her nervous. Things were happening too fast. She was falling for him and she barely knew him, and she was married.

A few months ago I had the pleasure to read “Voices of the Dead” by Peter Leonard. I said at the time I would be tracking down some of the authors other books, but I didn’t realise that I would be reviewing another one from Partners In Crime Tours quite so soon. I simply couldn’t resist the request for the review, but then I did wonder if it could be quite as good as Voices of the Dead. Simply put … I was not disappointed.
I couldn’t put “All He Saw Was the Girl”, down and read it in a day. Peter Leonard is a master storyteller, in “All He Saw Was the Girl”; he has developed two complicated and intricate plots, and woven a story of Mafioso, US Secret Service, kidnap and love into one extraordinary book.

The setting of Italy works incredibly well and is an excellent backdrop to the story. In reality the story doesn’t need that backdrop, it could have been set anywhere; but Italy just works, and brings the scenes to life.

All of the characters, and there are quite a few, are believable and it was great to see how the two storylines drew together towards the end of the book, without ever quite connecting completely. This was very well written, and not the obvious way to bring things together which was nice; I like a bit of unpredictability and to be proved wrong once in a while, when I think I know how things are going to end.

As I read I couldn’t help but feel that there is a movie of this book now waiting to be made. Whether that is intentional or not, it would certainly make a good film, all the elements are there.

Whilst I love a series read, I also like to find authors who are capable of producing a different book each time. I think in the case of Peter Leonard the latter is true. Although they fit within the crime/thriller genre, the two I have read to date are completely different. They have the authors quite distinctive voice, but the story premise couldn’t be more different.

Another recommended read from Peter Leonard, and now if you’ll excuse me, I’m off to find something else by Mr Leonard to read.

2 thoughts on “Book Review: All He Saw Was The Girl by Peter Leonard”