PUBLISHED BY:  The Story Plant

Matt DeMarco is an accomplished Manhattan attorney with more than his share of emotional baggage. His marriage ended disastrously, his ex-wife has pulled their son away from him, and her remarriage to a hugely successful Arab businessman has created complications for Matt on multiple levels. However, his life shifts from troubled to imperiled when two cops – men he’s known for a long time – come into his home and arrest his son as the prime suspect in the murder of the boy’s girlfriend.

Suddenly, the enmity between Matt and his only child is no longer relevant. Matt must do everything he can to clear his son, who he fully believes is innocent. Doing so will require him to quit his job and make enemies of former friends – and it will throw him up against forces he barely knew existed and can only begin to comprehend how to battle.

GODS AND FATHERS is at once a powerful mystery and a provocative international thriller, all of it presented with LePore’s signature fascinating characters placed in dire circumstances where every choice poses new and potentially fatal challenges. 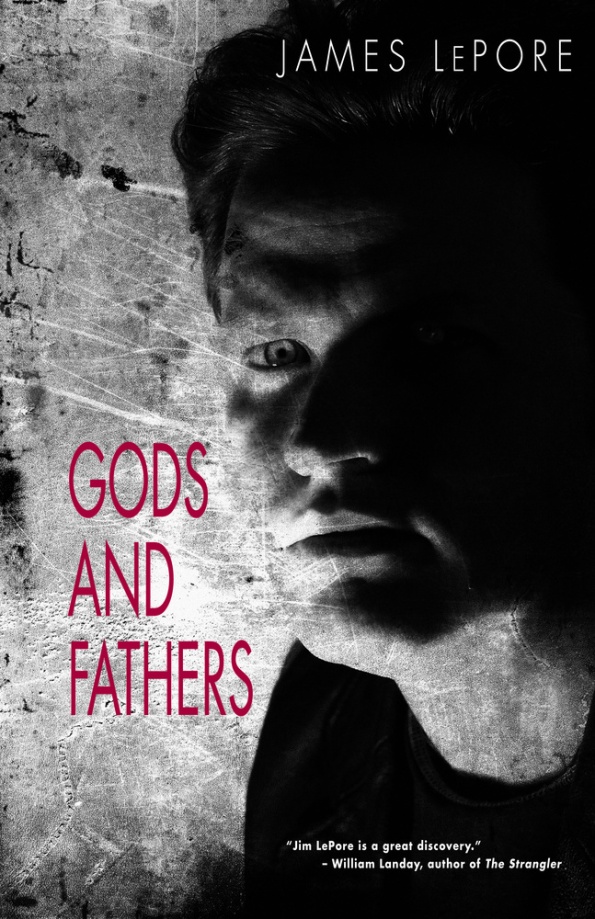 “Why can’t you stay at your mother’s when they’re away?”

“I told you, Basil’s worried about security.”

Though this statement was challengeable on several levels, Matt let it pass. The marriage six years ago of Debra DeMarco, nee Rusillo, and Basil al-Hassan, a rich and handsome Syrian businessman, had marked the beginning of the end of Matt’s long and tortured fight for a place in his son’s heart. Armed with the ultimate weapon—-her new husband’s money—-Debra had made quick work of destroying the last vestiges of Matt’s hopes. A penthouse on Park Avenue, a beach house in Easthampton, a flat in Paris, a “cottage” in Bermuda, clothes and cars virtually on demand, Matt had no way of competing with all this, and no way of expressing his anger—-until tonight.

“What about Mina?” Matt asked.

“Why aren’t you seeing her?”

“Yes, studying. You keep repeating what I say. She’s a student. Students study.”

This statement was delivered dismissively, not sarcastically. You’re stupid, Dad. I’m tired of you. Why am I bothering with you? are what Matt heard, and it occurred to him, with a clarity that shocked him after all these muddled and painful years of effort and rejection, effort and rejection, ad nauseum, that he could not hurt Michael, that his own son was indifferent to him, and this was a blow, and strangely a release.

“Well, your friends are assholes, and you are too, Michael. You’re an arrogant, shallow asshole. Where you came from, I don’t know. But not from me.”

“That could be. Maybe Mom had an affair–like you did–and I’m not your son. Do I care? No, I don’t. Can I go upstairs now? I’ll leave in the morning.”

In the kitchen, Matt poured himself another scotch. He took the pizza out of the refrigerator and sat down to eat it, surprised to find that he actually had an appetite. Until tonight, despite the bad cards he had drawn, he had never stopped trying to break through to his son. It’s over, he said to himself, over and done. He’s not your son. He’s Debra’s son, Basil’s son. You lost him a long time ago.

He finished the pizza and was wrapping the garbage to take out in the morning when the doorbell rang. Looking out the kitchen window he saw that it was snowing heavily. Those idiots, he thought, they’re probably stuck someplace. No choice but to let them in. But when he swung open the front door, it wasn’t Adnan and Ali, but his friends Jack McCann and Clarke Goode, homicide detectives who he had worked with for many years, standing facing him. He could see their unmarked car at the curb, and behind it, blocking his driveway, a Pound Ridge patrol car, its engine running and headlights on, two uniformed officers in the front seat. McCann, a florid Irishman whose blue eyes were usually lit by some inner secret joke, looked grim; and Goode, a gnarled black man who never failed to greet Matt with a big smile, was not smiling. Far from it.

“Come in. What’s up?” Matt said. Then, nodding toward the street where the patrol car sat: “What’s with the uniforms?”

The two detectives stepped into the foyer.

“Take your coats off,” Matt said. He could see they were dressed for work, sport jackets and ties on under their trench coats.

“Is Michael home?” Goode asked. He had not taken off his coat, and neither had McCann.

Matt looked from McCann to Goode, then back to McCann; looked in the eyes of each, and did not like what he saw. “What about Michael?” he asked.

“For what?” Drugs, Matt thought, good, let the kid get a taste of the pain he’s always inflicting on others. Him and his two Arab suppliers.

From the book’s start the author paints a very cleverly confusing picture of who is on the side of good and bad. There is sufficient truth and sufficient doubt that the author doesn’t reveal, exactly what happened or who did what, until much later in the story, making for a tale with many a twist and turn.

There’s a murder that seems to suggest that all is not as it first appears, that the evidence of guilt may not be all that it seems, that there is more than meets the eye. That murder might be part of other crimes too; but don’t expect to find the answers too soon, they form part of a very intricate, international plot.

This is done through a series of well written scenes and characters who on first glance are basic, but on more detailed exposure are very complex. This is no simple tale and the reader needs to keep up as the action switches between the different characters, revealing pieces of the puzzle, while no one person (except the reader), has all those pieces together. Even then the reader is kept in suspense, and needs to keep reading. The way the story hooks you in though, that is exactly what you want to do. The more pages I turned, the more I wanted to find out the truth, it became important to know what was true and what was a false lead and deception.

The way the characters are written they are complex, they appear basic at first, but for the most part it is clear what motivates them, there is also good use of current affairs to make them realistic and grounded, I’m not sure how this will stand up to the passage of time, but this is a very clever device.

All of the characters and the story build up to bring a fast paced ending where all will be revealed. So as to what happened? Who’s really guilty of what? How does it all end? Well you’ll have to read it for yourself, I’m afraid, no spoilers here! 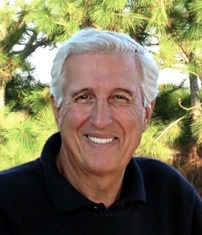 James LePore is an attorney who has practiced law for more than two decades, and an accomplished photographer. He is the author of three previous novels, A WORLD I NEVER MADE, BLOOD OF MY BROTHER, and SONS AND PRINCES, as well as the story collection, ANYONE CAN DIE. He lives in Westchester County, NY with his wife, artist Karen Chandler.
Author website: www.jamesleporefiction.com

One thought on “Book Review: Gods And Fathers By James LePore”