Here’s the story behind Remington & the Mysterious Fedora.  The seed was planted during a conversation.  That real conversation blossomed into a fantasy about a young man who thinks he may have discovered a short-cut to success, only to find that there is always a price to be paid.

There was a reference to a typewriter in the conversation and someone remarked they had never seen one.  Something as ubiquitous as a typewriter, used by generations to put word on paper, is now relegated to being an exhibit in museums.  Traces typewriters live on, however.  Look at computer keyboards, smart phones and tablets, with the recognizable QWERTY layout.  But, where have all the typewriters gone?

Woody Allen has typed every joke, script and writing on a manual typewriter he bought as a teen.  He literally cuts, tapes and pastes the old-fashioned way.  Me, I’m glad I can do it on a computer.

But, I want to get back to that conversation about typewriters.  It led me to imagine a young man, Josh, who finds an old manual typewriter in a junk shop.  He cleans it up and actually gets it to working.  It wouldn’t be complete, however, if he didn’t have an old fedora to go with it.  After all, didn’t all the reporters in the 1940’s black and white movies wear fedoras while they typed?

When he puts the fedora on, the hat whispers a story to him while he types.  He realizes it may be a gift, the short-cut to an award winning novel.  Josh is on his way to an adventure he never expected.  Will the magic fedora bring him fame, or will the story bring him face to face with the reality that all things in life have a price?

I hope you read Remington & the Mysterious Fedora and see if you agree with this from a young adult reader named Ryan.

“I’m actually VERY enthralled by the book. Both your plotlines of Josh, Tracey and Kelsey, Blaze and Star are equally intoxicating.  Usually, when I read a novel like Remington that uses multiple plotlines, I tend to get bored and find one of them boring, waiting for the chapter to end. With Remington, this is not the case!

At the end of every chapter, I said to myself “Damn! I want to know what happens next!”  I loved the fast pace, the gripping story and the novel’s ability to make me smile. 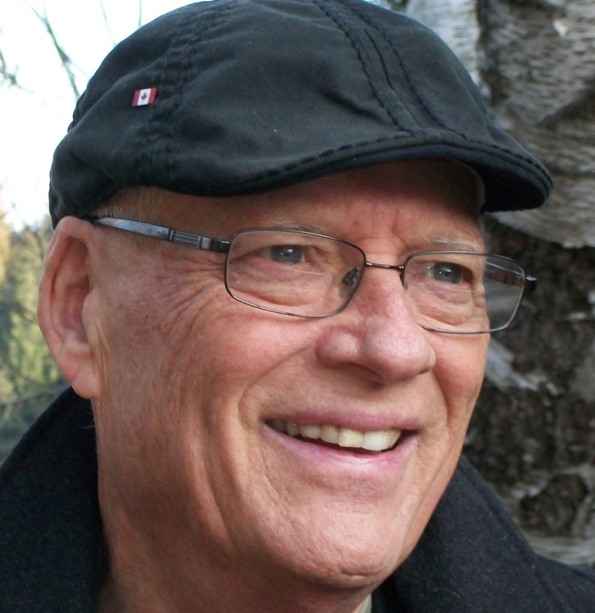 U.S. born, Canadian novelist Chuck Waldron is currently working on his fourth novel, a thriller about an investigative blogger who uncovers more than he ever imagines…and has no idea what to do with his discovery.

His first novel, Tears in the Dust, is a mystery set against the backdrop of the Spanish Civil War in 1937.  When Alestair Ferguson volunteers to fight in the International Brigade he doesn’t realize the true price he will have to pay.  Chuck’s second novel, Remington and the Mysterious Fedora, is a quirky fantasy, a story about what happens when a young man sits at the keyboard of a manual typewriter and puts on an old fedora.  When the fedora and its mysterious power begins to whisper a story to him, the young man has a strange adventure indeed.  His third novel, Served Cold, spans decades and stretches from the countryside of rural Ontario to a quiet artists’ studio in Tucson, Arizona.  With lots of murder and mayhem in between, the story is what happens when a long-standing feud erupts into hot-blooded vengeance.

Chuck wrote over thirty short stories before setting out to write novels that are affordable and entertaining.  He has attended writing workshops in Iowa, Florida, Georgia and Ontario, Canada.

“I grew up,” Chuck said, “listening to my grandfather, an Ozark Mountain story teller, spinning tales of the caves on his farm, describing them as hiding places once used by the Jesse & Frank James’ gang.  It didn’t matter if the stories were true or not.  Those legends set fire to my imagination, creating images that emerged slowly over the years, finally igniting as my short stories and novels.”

Now, thirty-plus short stories and three novels later, ideas keep coming, with more novels under development.  Do they share anything in common?  Each has its own unique voice and tale to tell, yet, at their heart, his stories tell about the human condition – the good, the bad and the ugly.

Chuck adds, “stored images that echo in my writing include train whistles in the night, Norman Rockwell childhood scenes, U.S. Army memories, blue collar jobs, university, a professonal career, and finally retirement.  Many of my images are drawn from this pool of memories: places visited, sights seen, and people met.  The rest I filled in with my imagination: dreams of places yet to be visited, sights yet to be seen, and people yet to be met.”

His literary roots were planted in the American Midwest and thrived when transplanted – over thirty-nine years ago – to the rich, cultural soil of Ontario.  He and his wife, Suzanne, spend their summers in Kitchener, Ontario and are warmed by a winter sun in Port St. Lucie, Florida.

About Remington & The Mysterious Fedora

Surprise is in store when, in the back of a strange used goods store, Josh finds an old Remington typewriter and a fedora with some very mysterious powers. As Josh embarks on his first novel writing adventure, he finds that his new hat has its own story to tell – of a time before history began – and is quite demanding of Josh’s attention. As the story consumes him, Josh’s life begins to unravel, and he soon finds he is unable to separate himself from the hat and the story. When the last page is written, Josh is left with more questions than answers…both about the story and his own life.

To celebrate the release of Chuck Waldron’s new fantasy novel, Remington & The Mysterious Fedora, he is offering one free paperback copy of his book at Pump Up Your Book’s 1st Annual Holiday Extravaganza Facebook Party on December 16.  More than 50 books, gifts and cash awards will be given away! Click here for details!