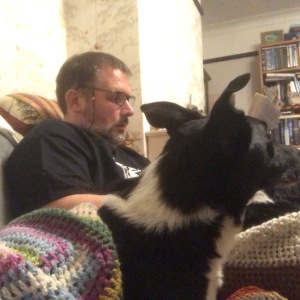 Welcome back, thanks for stopping by. It’s been a crazy week in my world but probably not as crazy as the world at large seems to be.

In the same week a poll is telling the government that the majority (70%) of people want a net-zero carbon target for the UK, the same government bails out a regional airline by offsetting some of the environmental tax that they were supposed to be collecting from their passengers and saves them from going bust (at least for the time being). It seems that nothing has changed. 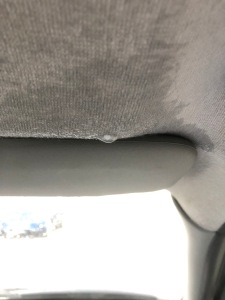 I’ve been focussed on work mostly this week, with trips to see clients including one to Somerset during one of the wettest days of the week. I managed to make time for a stop in my usual favourite place and went for a walk in the rain to get a sandwich. I saw a notice for the village museum which happened to be open that day so went there for a quick look. I was probably gone about 30 minutes, but when I got back to the car I noticed a small damp patch on the drivers seat. The source was obvious when I looked, there was a corresponding damp match next to the sun roof.

It had stopped raining by this point but there was nothing I could really do at that point, so I put a towel on the seat and tried to dry the roof as best as I could. Strangely although it rained a lot more that day, I didn’t have another problem.

The following day with the car in our garage and after watching a few YouTube videos I had a look at the drainage channels in the sunroof frame. One of them was actually blocked, but I managed to clear it with some wire. I’m not convinced that is the source of the problem as most of the videos I watched cite this as a common problem with this type of car, but they all say that this is the first thing to check. I’ll just have to wait now for it to rain again!

I did enjoy my visit though and the short time I spent in the village museum. I’m passing through there regularly at the moment, so I’ll probably stop there again at some point in the future. There are other things that I want to look at, if I have more time and if the weather is a little bit more cooperative!

I finally saw the latest Star Wars movie this week, although I won’t be posting spoilers as I’m sure that someone else might not have seen it yet, I have to say that I enjoyed it. Of all the nine movies, it’s not my favourite but I really did enjoy the way the story came together and some of the hat-tips to the other movies in the franchise. It does feel like the end of an era for me, which started when I was five years old and went to see Star Wars with my Dad (it wasn’t called A New Hope back then, just Star Wars).

I’ve been reading a few things this week, I touched on some of them in last weeks post, and one of the other books I can’t talk about just yet as it was a review copy from the publisher, but the review will be coming shortly. I’ve also been listening to the audiobook of The Martian by Andy Weir in the car, as well as trying to catch-up on some of the audio from the Christmas period that I haven’t listened to yet.

The allotment is still really too wet to do much, but I did pick up my seed potatoes from the allotment shop this week. Although they’re only seed potatoes they are large, and I’ve got about half what I normally would have for the same weight. I should be able to cut some of the really big ones in half, so should still get a reasonable number of plants.

Well that’s about all I have for this week. Hope you have a good one!

Is it Greenpeace or is it tories that are extremists? pic.twitter.com/k35BFulVpR