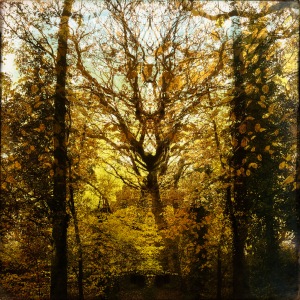 Welcome to the last week of the meteorological autumn, Winter is but a few days away and it’s a month until Christmas!

It’s beginning to feel like it will never stop raining here. I’ve started monitoring the groundwater levels near my Mum’s house as if they rise too much then there is a possibility of flooding. I don’t think this has happened in the last five years but things were very different for her five years ago and she’d need much more help if it were to happen now. In the meantime I’m doing the anti-rain dance in the hope that might hold things down, or rather keep them in the clouds!

No long trips for me this week but I did finish listening to Edward Snowden’s autobiography, as I only had an hour or so left on the audiobook. It is a proper autobiography and starts in his childhood and goes right through to just past the events that made him infamous. If you don’t know much about the circumstances of his whistleblowing then this gives a good coverage of his side of the story, but ultimately although he is still technically a wanted criminal he did succeed in getting the laws around mass surveillance of US citizens changed.

I’ve started reading one of the “lost” Douglas Adams Doctor Who novels. Shada is a Tom Baker Doctor story with Romana and K-9 as companions. It’s taken me most of the week to read, and I’m about 100 pages to the end, so things are moving towards their climax and the Doctors showdown with the villain. It’s been an enjoyable read, if a little slow to get going, but it’s probably only the sort of book you’ll like if you’re a Doctor Who fan already.

Speaking of Doctor Who – this was released in the last week.

Continuing to watch His Dark Materials (and I got the books out of the loft for a read), The War of the Worlds and discovered a TV version of The Name of the Rose showing on the BBC. Not quite sure how we missed the latter as it’s six out of eight episodes in, but fortunately it’s available on i-Player and we blew through the first 3 episodes on Saturday and a couple more on Sunday, so we should catch up to it in real broadcast time soon. (Trailer below if you’re interested).

Workwise this last week has mostly been about ticking things off of my to-do list. There were a few things on there that had been on it for a while in various guises and I wanted to try and push more of them to completion.

I gave a talk on Tuesday evening, another edition of “An Allotment Year”, it seemed to go down well and there were a few questions and people coming up to me afterwards to ask my advice. I normally talk for about an hour and then answer questions until the audience stops asking them. I don’t think I have another one now until mid-January and that one’s a little odd because it’s a mid-afternoon booking whereas they’re almost always evening talks.

I’ve managed to progress client work quite a bit, and followed up on the enquiry about the new piece of work which might start in January.

I’ve been looking at laptops a lot this week, with a view to progressing my plans to replace my existing one in the next few weeks. I’ll be running them in parallel for a bit and doing most of the changeover between the Christmas and New Year period, but I need to do something about migrating a lot of the data between the old machine and the new one. Most of it’s in the cloud anyway, but there’s enough on the actual machine that I’ll still need to do a physical transfer. I’m thinking about a portable hard drive and moving it across that way as it’s probably faster than trying to connect across my Wi-Fi .

That’s about it for this week. I’m mostly repeating last week in terms of commitments and work this coming week, although I do have some travel on Friday, although not too far away. I’ll also be hoping for a drier week if that’s possible. Whatever you’re doing this week, have a good one.