So that’s a quarter of 2019 done then! It’s been both a quiet and a busy week this week. Quiet on the work front, which has enabled me to get lots of other things done. A lot of the seeds that I planted last week have germinated and I’ve think I’ve now sown the remaining seeds I was waiting to get in. All being well I’ll also be planting out some of the older seedlings on the Bank Holiday – mostly brassicas.

I’ve been reading Robert Macfarlane’s latest book this week – “Underland”. I finished it at the end of the week, and wrote up my thoughts on GoodReads. Here’s what I had to say:

This is probably Robert Macfarlane’s best book to date. From the Mendips to the catacombs beneath Paris; from the former Yugoslavia to Greenland. The book is both claustrophobic and mind expanding.

I think I’d still say that “The Wild Places” is my favourite of his books but that’s because of personal preference around topic rather than the book itself.

It is a beautiful book and one that I had a sadness finishing.

Robert Macfarlane also wrote an interesting piece on notebooks that he used for his trips and research in writing Underland which you can read here. 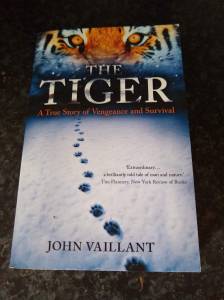 I also read “Tiger” by John Vaillant. Several different people had recommended this one to me and I’ve had it on my shelf for a while.

I’m afraid that it didn’t live up to what I’d heard about it, probably because there was just a little too much backstory about everyone and everything. It was also set about 20 years ago in a very different Russia to today, and I couldn’t help but keep thinking that things would be very different if something similar happened today or that things were potentially so different now that they could never happen that way again.

There’s also still time to enter the giveaway for Ben Myers book “Under The Rock”, enter by leaving a comment on this post. 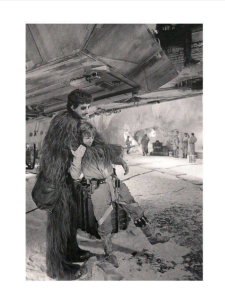 I was saddened to hear of the passing of Peter Mayhew, someone who was very much a part of my childhood through his portrayal of Chewbacca in the Star Wars movies.

I think I’ve reached that age where a lot of my childhood “heroes” are passing on, probably because they were much the age that I am now, when I was just a kid. I remember people like John Noakes and others with a fondness of childhood that is part memory, part melancholy & part nostalgia.

In some ways I long for those times again, when things seemed simpler, there was little in the way of technology and we made a lot of our own fun.