Life In General.  – My car was back in the garage on Monday, for a couple of items picked up on the service to be worked on. It was back on Friday after the repair started leaking oil, it was fixed while I waited, and I spent a nice extended lunch break sitting by the seashore and walking along the sea wall. I dropped a few stories to Instagram, and they’re in the video below if you’re interested. I also spent a bit of time on things related to my Dad’s and Grandma’s estates, these wheels seem to grind slowly onward. As the end of the month arrives, it’s been a fairly expensive one!

Work – Some work on a proposal for a meeting in a few weeks, and also a presentation for that same meeting. Thursday I was in Winchester for a really productive business development session, and I’ve got a couple more of these planned over the next few weeks. Looking forward to those, as well as getting the results from the work that the Solent University students have been doing in another couple of weeks time.

Allotment. – My leeks are in. 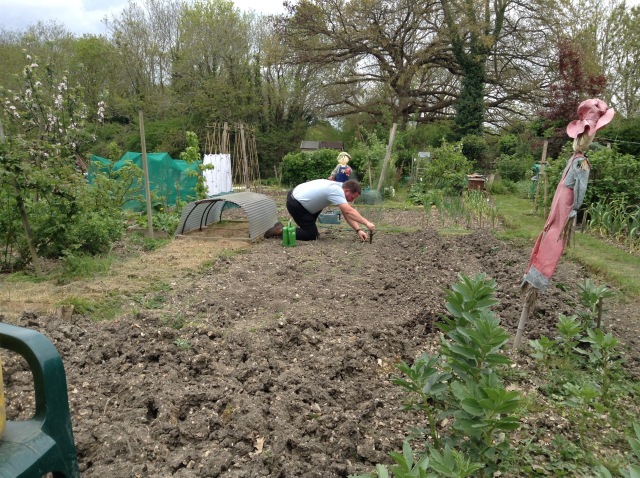 We’ve also had a series of cold nights this week and some frosts. The temperatures have ranged between -1°C and 18°C, which is quite a difference. The frost doesn’t appear to have done too much damage, the potatoes have a few scorched leaves but they should recover if there aren’t anymore frosty nights. The low temperatures also did for one of my hoselines (see below), when I picked it up it literally cracked open in my hand. Unfortunately it was live at the time so I also got an unexpected shower!

I’ve been dipping in and out of a few different things this week, including:

Confessions of a Recovering Environmentalist and Other Essays by Paul Kingsnorth [GoodReads], who edited the Wendell Berry collection. In amongst these two books are some fairly profound and important statements and observations on environmentalism. They’ve both been quite heavily highlighted on my kindle so far.

Wolves of the Calla by Stephen King [GoodReads] – which I am reading for an online group.

The Week In Wildlife – In Pictures

Kingsman: The Golden Circle – I quite enjoyed watching the first Kingsman movie, but I didn’t realise that they were working on a sequel.

Air Pollution – I’m pleased to see that the government lost their case to delay the publication of their plans to tackle air pollution  [LINK]. I suspect it won’t end there because I suspect the proposals still won’t be up to much, and the court cases may well rumble on.

The Circle – Not sure whether this is one to watch in the cinema or wait for the DVD.