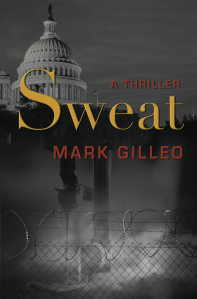 When Jake Patrick took a summer internship at his estranged father’s corporation, he anticipated some much-needed extra cash and a couple of free meals from his guilty dad. He would never have guessed that he’d find himself in the center of an international scandal involving a U.S. senator, conspiracy, backroom politics, and murder. Or that his own life would hang in the balance. Or that he’d find help – and much more than that – from a collection of memorable characters operating on all sides of the law. Jake’s summer has turned into the most eventful one of his life. Now he just needs to survive it.

From the sweatshops of Saipan to the most powerful offices in Washington, SWEAT rockets through a story of crime and consequences with lightning pacing, a twisting plot, an unforgettable cast of characters, and wry humor. It is another nonstop thriller from one of the most exciting new voices in suspense fiction.

Mark Gilleo holds a graduate degree in international business from the University of South Carolina and an undergraduate degree in business from George Mason University. He enjoys traveling, hiking and biking. He speaks Japanese. A fourth-generation Washingtonian, he currently resides in the D.C. area. His first two novels were recognized as finalist and semifinalist, respectively, in the William Faulkner-Wisdom creative writing competition.

As the van pulled away in a small cloud of dust, the senator inspected the main guard booth and the now present guard. Lee Chang took Peter by the arm and stepped away. The sweatshop boss dropped his voice to a whisper and looked over Peter’s shoulder as he spoke, “Interested in the usual companionship?”

Peter, in turn, looked over at the senator who looked back and nodded in approval to the conversation he couldn’t hear but fully understood. “Is Wei Ling available?” Peter asked as if ordering his favorite wine from the menu.

“Yes, of course. Wei is available. Shall I find a companion for the senator as well?”

“Yes, the senator would enjoy some company. Someone with a good command of English. I don’t think he wants to spend the evening playing charades,” Peter responded.

“No, I’m sure he wouldn’t.” Lee Chang smiled, nodded, and barked at Chow Ying in Chinese. The large subordinate walked across the front lot of Chang Industries, down the side of the main building, and vanished into the seamstresses’ two-story living quarters. The CEO, senator, and sweatshop ruler went upstairs to wait.

“Nice piece,” the senator said, running his hands across a large black cabinet with twelve rows and columns of square drawers.

Peter spoke. “It’s an antique herbal medicine cabinet. The Chinese characters written on the front of each drawer indicate the contents.”

“Tattooed reminders of a former life,” the senator said with poetic license.

Lee Chang stepped over and pulled open one of the drawers. “And now it holds my DVD collection.”

The three men found their way to the living room and Peter and Senator Day sat on the sofa. Lee took a seat on a comfortable wooden chair, small cylindrical pillows made from the finest Chinese silk supporting his arms.

The middle-aged woman who entered the room to serve tea didn’t speak. She had standing orders not to interrupt when her boss’s guests were wearing suits. The senator watched the woman skillfully pour tea from a blue and white ceramic teapot. He wondered if the woman was Lee Chang’s lover. Peter knew Lee’s taste ran much younger.
The intercom came to life on the wall near the door and Chow Ying announced that the ladies were ready. A brief exchange followed in rapid-fire Chinese before Lee Chang ended the conversation abruptly, flipping the intercom switch off.

“Gentlemen, if you are ready, the car is waiting.”

The senator took the front seat next to Chow Ying. Peter gladly sat in the back seat, squeezing in between the two beautiful Asian women. As he got comfortable in the rear of the car, Wei Ling whispered in his ear, her lips tickling his lobe. Peter smiled as his lover’s breath blew on his neck.

Shi Shi Wong, the senator’s date for the evening, looked up at the seamstresses’ quarters as the car began to move. She spotted several faces pressed against the glass of a second floor window and fought the urge to wave.

By the time the black Lincoln exited the gate of Chang Industries, Peter had one arm around each lady. He kept them close enough to feel their bodies move with every bump in the road. He leaned his torso into theirs with every turn of the car.

Peter Winthrop’s favorite table at The Palm was in an isolated corner next to a small balcony overlooking intimidating cliffs thirty yards from the back of the restaurant. A steady breeze pushed through the open French doors that led to the balcony, blowing out the candle in the center of the table as they arrived.
Peter asked for recommendations from the chef and ordered for everyone. They had spicy barbecued shrimp for an appetizer, followed by a salad with freshly sliced squid that the senator refused to eat. For the main course, the party of four shared a large red snapper served in a garlic and lemon-based Thai sauce. Copious amounts of wine accompanied every dish.

Chow Ying waited subserviently in the parking lot for over three hours. He fetched two cups of coffee from the back door of the kitchen and drank them in the Lincoln with the driver’s side doors open. With his second cup of coffee, he asked the waiter how much longer he thought the Winthrop party was going to be.

“Another hour at the most,” came the reply.

On the trip back to the hotel, the honorable senator from Massachusetts threw his honorability out the window and sat in the backseat with the ladies. Flirtatious groping ensued, the senator’s hands moving like ivy on human walls. His Rolex came to rest on Wei Ling’s shoulder. His Harvard class ring continued to caress the bare skin on Shi Shi Wong’s neck.

Peter made conversation with Chow Ying as the driver forced himself not to look in the rearview mirror. Peter, never bashful, glanced at Wei Ling on the opposite side of the backseat, their eyes meeting with a twinkle, her lips turning up in a smile for her lover. Peter smiled back.

Wei Ling was beautiful, and a sweetheart, and intriguing enough for Peter to find an excuse to stop in Saipan when he was on business in Asia. He usually brought her a gift, nothing too flashy, but something meaningful enough to keep her compliant in the sack. A dress, lingerie, earrings. He liked Wei Ling, a simple fact tempered by the realism that he was a CEO and she was a third-world seamstress. Pure attraction couldn’t bridge some gaps. But Lee Chang was proud of the fact that Peter had taken a fancy to Wei Ling. It was good business. She was a company asset. He wished he could put her on the corporate balance sheet.

Chow Ying dropped the party of four off at the Ritz, an eight-story oasis overlooking the finest stretch of white sand and blue water on the island. He gave Wei Ling and her sweatshop roommate-turned-prostitute-without-pay a brief command in Chinese and followed with a formal handshake to the senator and Peter. He waited for the four to vanish through the revolving door of the hotel and then pulled the Lincoln into the far corner of the parking lot.

The senator and Peter weaved slightly across the lobby of the hotel. Wei Ling and Shi Shi Wong followed several paces behind. The concierge and hotel manager, jaws dropping momentarily, engaged in a seemingly urgent conversation and didn’t look up until the elevator doors had closed.

Sweat is a multi-plotted tale which covers the globe from Washington DC to Saipan, and contrasts the lives of the rich and privileged to those of the suppressed sweat shop workers. It builds complicated characters, some of whom I found to the very end of the book were difficult to work out and understand. They were believable, and incredibly well described, giving me the reader some very clear images of their motive and personality. They were also not short in number, however each one had a role to play, and unlike many novels where there are multiple characters, very easy to keep up with.

The description of the sweatshop pulls no punches. The slave-like conditions felt very real, and as central to the plot, made fiction all too real. The same can be said of the scenes in the US Senate and the offices of big business.

It’s never quite clear whether everything will turn out right before the end of the book, and in some ways, there are elements that aren’t tied nearly away. This doesn’t detract from the story though, this approach adds to the sense of realism throughout the story.
It’s difficult to say anything critical about Sweat. From a personal point of view, I would have liked the overall story to have moved a little faster, but this is a very minor thing as the pace fits the story well, and in places needs to move this way in order to allow the wider story to play out, rather than particular scenes.

As with Mark Gilleo’s first book, this blend of real facts into the story give the overall story greater strength than it might otherwise have. As a second novel, you might wonder whether this is going to be as strong as Mr Gilleo’s first. Well to those thinking that you won’t be disappointed, as this author has gone from strength to strength. 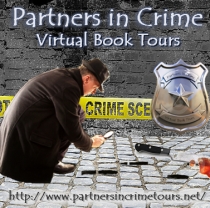 One thought on “Book Review: Sweat by Mark Gilleo”