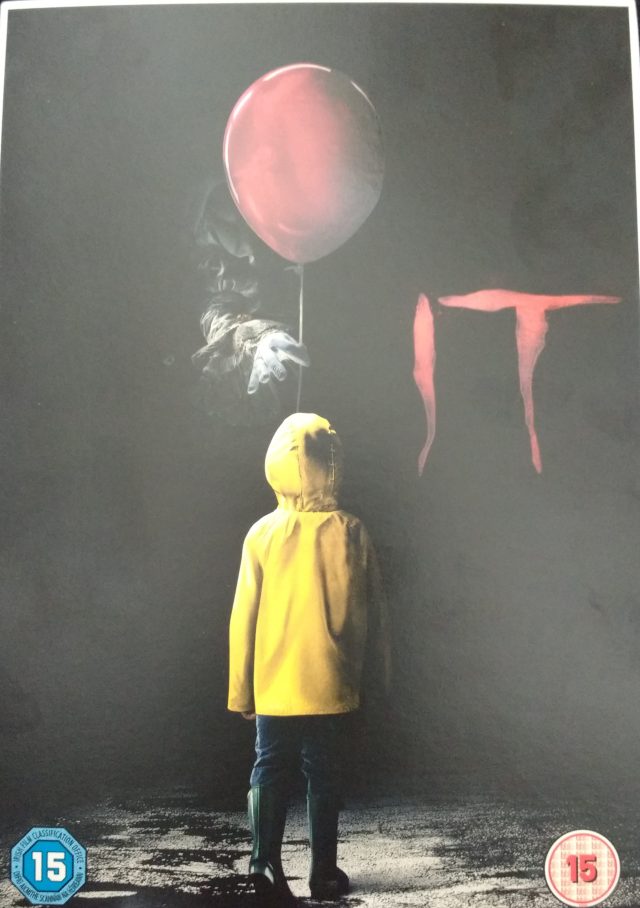 I had the opportunity to watch the recent version of IT at the weekend. I’ve been wanting to watch it for a while and had only heard good things about the film. IT is one of my favourite Stephen King books and I’d enjoyed the previous TV mini series from 1990.

Overall I was a little bit underwhelmed. Maybe that was because the film had so much hype that my expectations weren’t born out, but I just felt a little let down by the film.

Don’t get me wrong, it is a good film. I think the casting is strong, and that comes across in the actors portrayals of their characters, and I’m pleased that it stuck pretty closely to the book. The locations were also excellent, and pretty much how I’d imagined them in my head from the book e.g. The Pine Barrens. There was however just something missing for me. It didn’t jump off the screen and grab my attention the way I was expecting, and maybe I need to watch it again as I feel I missed something.

This is of course just Chapter One i.e. it covers the portion of the book where the characters are children – and Chapter Two will presumably (assuming it’s made) cover the remainder – so hopefully the two together will be stronger. I feel however I couldn’t really give it more than a 3 out of 5.