I’m sorry this is posting later than normal – I thought I’d set it to post automatically this morning but something went wrong.

Well it’s been another busy working week, I’ve been progressing things for clients and had another trip down to Somerset for a meeting with one of them. I like being busy, although it is easy to worry about making sure everything gets done, particularly with life outside of work being a little uncertain and at times also time consuming.

I stopped in a lay-by on my way back from Somerset on Thursday, it’s one that is only legally accessible to access from one side of the road, and I’ve travelled back via different routes before so only passed the lay-by before on the “wrong side” of the road. This time I pulled in to eat the sandwiches I’d made in the morning for a late lunch and saw this little cafe there. Apart from the imposing CCTV signs it looks like it might be a nice lunch stop, perhaps another time when I’m a bit early and they’re still open. I wondered aloud on Instagram about where Hansel & Gretel might be. 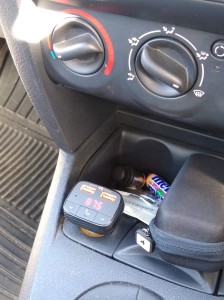 I also picked up a little bluetooth receiver this week for the car. I’ve been doing a bit more travelling recently and there’s only so much Radio 4 you can listen to at the moment, when every other story is about Brexit. Using this I’ve been able to connect my phone to car radio and listen to audiobooks from my phone (and have the navigation prompts over the car radio, which interrupt the audiobooks seamlessly and then go back to the book). I’m impressed. I think I could also link my kindle to it to listen to the audiobooks that I have on there, but then wouldn’t be able to have that and the navigation available.

Things on the allotment are starting to die back a bit at the moment. I need to go down with the wheelbarrow and bring back all the pumpkins and butternut squashes that are down there. There’s also been a manure delivery so I need to go down and move some of it across to my plot. Tomatoes are doing well in the potting shed, as is finally my first aubergine. I suspect it will be the only one I get this year. Although the plants have been covered in flowers this is the only one that has actually come to fruit.

I picked up a few paperbacks on Saturday morning when I was passing the secondhand book shop. The Alistair Maclean’s are a bit of staple from my childhood, as is the Doctor Who book. The latter made more poignant as the author Terrance Dicks died very recently.

42 Douglas Adams quotes to live by 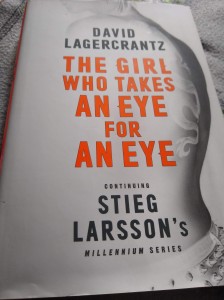 In addition to the books I picked up on Saturday, I’ve been reading one of the new “Dragon Tatoo” books. I think it’s the second of the three that have been published postumously and on the basis of having read the first of the “new” books and now this one I don’t really think they are a patch on the originals. They’re a bit like fan-fiction taken too seriously by a publisher. I’m not even sure whether or not I’ll finish this one. I suspect I will but given that the only time I’ve really had a chance to read (other than audiobooks in the car) has been at bedtime, when I’m too tired to read for more than a few minutes, it’ll take a while. 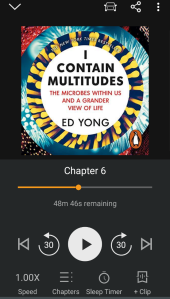 I’ve been listening to “I Contain Multitudes” by Ed Yong in the car. All about microbes and such and absolutely fascinating. This audiobook thing is a bit of an experiment. I used to have an Audible subscription, but I wasn’t listening to the books I was downloading and so paused it. If I catch up I might consider starting it again. After all a 4 hour roundtrip in the car or 6 hours on the train is a lot of listening.

Also in audio listening I noticed that both Roger Deakin’s BBC shorts The House and The Garden are available again online. Not sure how long they’ll be available for or whether they’ll be accessible outside of the UK, but they are worth a listen. His old short Cigarette on the Waveney is also available (cigarette is a type / name of a canoe).

I just picked up my personal journal to see if I’d missed anything that I should add to this post, and realised that I haven’t written anything in it since Monday, so it must have been a busy one!

I have a couple of personal meetings this week and it’s Ann’s birthday, but otherwise my time is mostly going to be occupied with work. 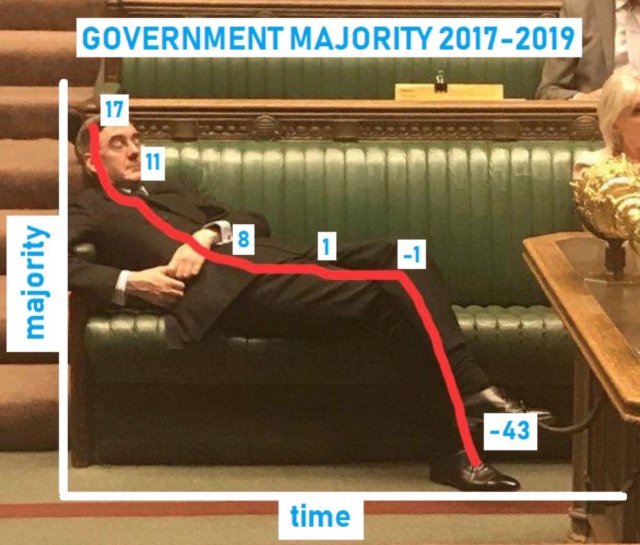 One thought on “Watch Out For The Wicked Witch! TWTW # 34”